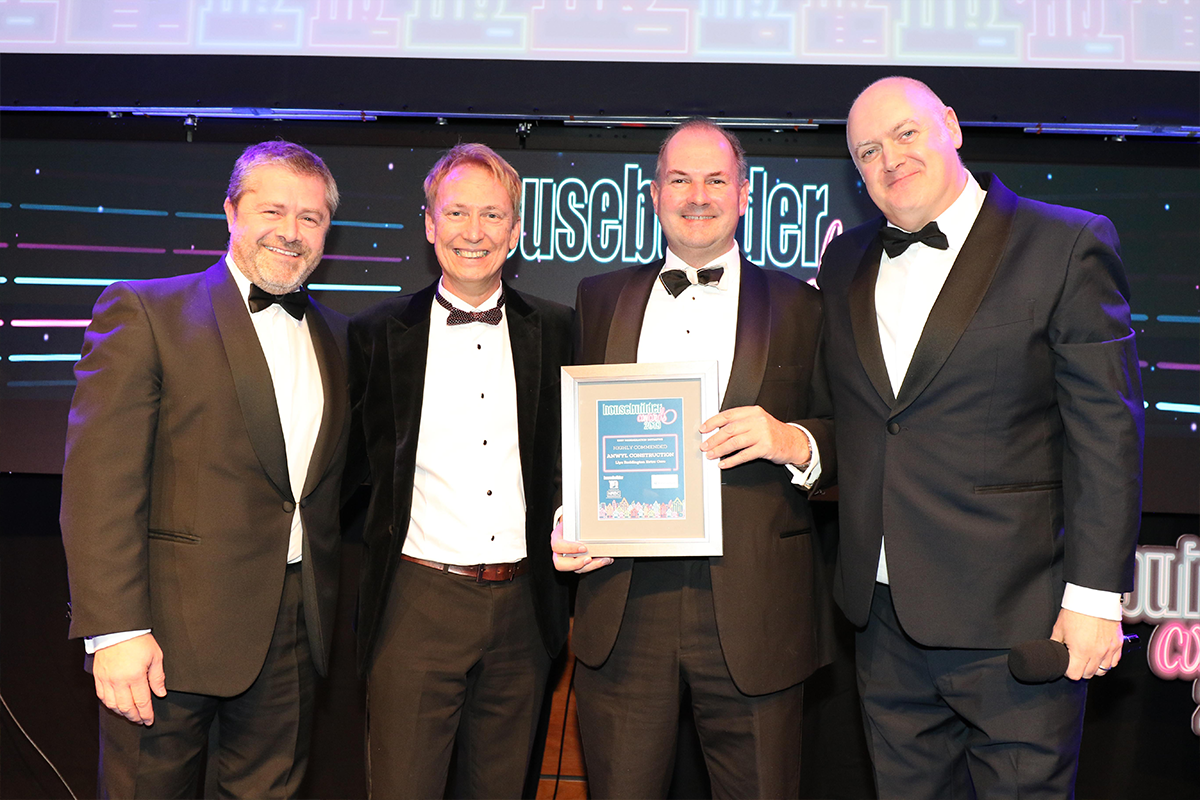 The firm was the only Welsh housebuilder to make the shortlist with a project situated in Wales in the prestigious awards, which were held at a glittering ceremony in London, with comedian Dara O’Briain acting as host. Considered the most coveted awards in the industry, recognising innovation and excellence, the Housebuilder Awards are led by Housebuilder magazine and the Home Builders Federation (HBF), in partnership with NHBC.

It’s fantastic to see our scheme recognised at this important event. Our focus on regeneration sits at the heart of the Anwyl family business, and Llys Raddington supports the wider ongoing redevelopment of the area, whilst presenting additional housing choices for older people, and those affected by dementia within Flintshire.

Out of all that made the shortlist, our Llys Raddington was the only project to be featured from the whole of Wales, which makes this accolade that little bit extra special. We’re proud to be able to help put Wales on the map within our sector and will continue to strive to deliver quality homes for local people under a partnering and thoughtful building ethos.

Llys Raddington in Flintshire is now fully occupied and includes 73 extra care apartments, 15 of which have been specifically dedicated to dementia care for ClwydAlyn.

A representative from the House Builder awards added:

Success in these prestigious awards will enhance a company’s reputation in the eyes of customers, the government, the Homes and Communities Agency and local authorities. With the planning system encouraging communities to have more say on who builds what in their area, tangible demonstrations of housebuilding excellence and quality are more important than ever. A Housebuilder Award undoubtedly provides that.