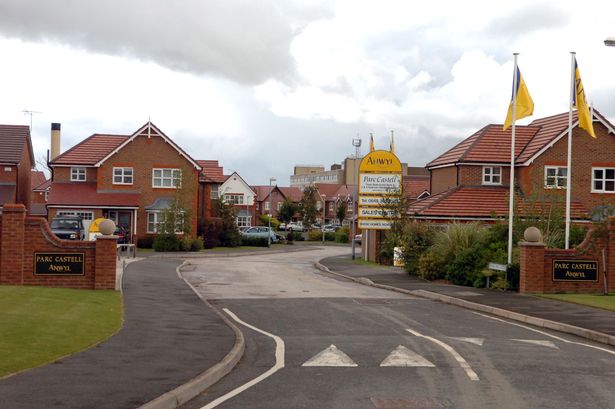 One of the region’s biggest house builders looks set to relocate after more than 85 years in Rhyl. Anwyl Construction, which employs around 140 staff, has secured planning permission for new modern offices at Ewloe in Flintshire.

It could start the multi-million pound project later this year and complete the scheme on St David’s Park during 2016. It would see the company relocate staff from their offices in Rhyl. Under the plans there will be around 50 workers initially based at the new offices with the potential to expand in the future. It is not known if any jobs will be retained at the current offices in Rhyl.

A spokesperson for Anwyl Construction said:

“We are looking at the possibility of relocating as we have outgrown our current home in Rhyl where the business has been based for 85 years. We are considering a purpose-built new headquarters within easy reach of the A55 and a site at Ewloe where we have an option to build is a possibility and we expect to make an announcement shortly.”

“It is wonderful to hear that thriving company Anwyl Construction is looking to build its brand new headquarters in Ewloe. The new headquarters forms part of the company’s expansion plans. This is a double bonanza for the area, creating access to much-needed new homes for local people as well as good quality jobs. Deeside is leading the way in construction and industry, and this development is another boost to the local economy. This in turn has a knock-on effect on creating and sustaining employment for residents of the area. It is also gratifying to see that Anwyl Construction has credited the Welsh Government’s Help to Buy Wales scheme with boosting its expansion. Almost a third of its house buyers now come through the scheme.”

T Anwyl & Son Ltd was established in Rhyl in 1930 as a joinery and woodworking contractor. During the early years it steadily grew with the developing seaside resort town. Profits from the activities were reinvested back in the business, and land was purchased to develop housing for the expanding population. A new company, Anwyl Construction, was established on 16 May 1965.

Vale of Clwyd MP Chris Ruane said that it was disappointing jobs could be leaving the seaside town.

“It is obviously a great shame to see this long-standing Rhyl-based company look to move elsewhere,” said Mr Ruane.

“The company has been in the area for over 80 years and in that time many local people have been employed by the company. I would be interested to see if any part of the company will be remaining in the area and that the current staff are kept on.”