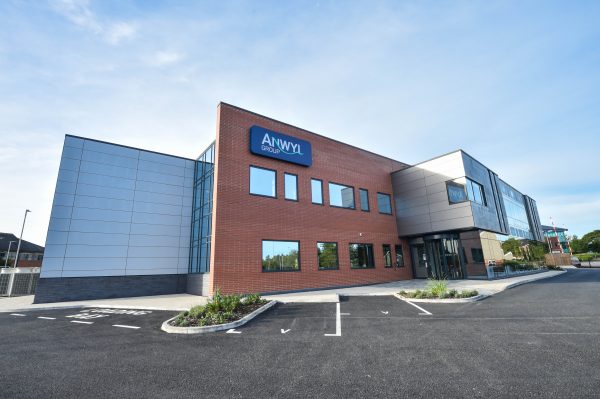 Award-winning builder Anwyl Construction is in the running for affordable housing contracts across the North of England worth over a third of a billion pounds over the next four years.
The Ewloe-based firm is on the list of approved builders for the JV North consortium of ten housing associations which has announced a £335 million, 3,000 home programme over the next four years.

Anwyl Construction are one of just 12 successful applicants out of 30 construction companies which applied to be on the framework.
It is the latest ambitious step by The Anwyl Group which already has over £100 million of contracts on its books across North Wales and Merseyside where it is also engaged on its own major private housebuilding projects.

Tom Anwyl, who heads up Anwyl Construction, the company’s construction arm, said: “We’re delighted to have secured our place on the framework for these vitally important housing contracts across one of the UK’s most vibrant economic areas.
“We have demonstrated in our work across North and Mid Wales and into Cheshire that we have the capability and skills here in North Wales to take on major, multi-million pound contracts and deliver them on time and within budget.

“These have included the award-winning £15-million 147-home scheme we built for leading social housing organisation Wales & West Housing on two sites in Wrexham, Kingsmills Road and Rivulet Road.
“These projects were the biggest in North Wales at a time of general recession in the building industry and they enabled us to provide work and vital apprenticeship schemes to ensure that we still have the construction skills to carry out major social housing projects.”

JV North is investing £335.5 million to build nearly 3,000 new homes under the Government’s Shared Ownership Affordable Homes Programme.
Approximately 2,000 of the homes – for rent and ownership – will be delivered in Liverpool, Manchester, Nottingham and Preston through the new four-year framework which starts this month.

Sean Stafford, who is Director of Saffer Cooper which manages JV North’s development programme, said: “We received a large number of applications – in total 30 contractors and 89 consultants applied.

We are delighted with the quality of the businesses selected for what will be a very busy period as we build thousands of much-needed homes over the coming years.
Housing association members are already well underway with their home building plans and will be calling off the framework immediately.

JV North, a consortium of ten housing associations, received a grant of £87.3m from the HCA’s Shared Ownership Affordable Homes Programme to add to its own investment of £248.2m of their own funds taking the overall total to £335.5m.

JV North Chairman, Nigel Wilson, who is also Chief Executive at Wythenshawe Community Housing Group said: “The overall investment is more than a third of a billion pounds.
“We acknowledged a number of years ago that there was a looming housing problem in the areas we operate.
“The successful bid presents challenges and opportunities to our members as the majority of our homes have historically been built for social and affordable rent.
“We now need to ensure we have the right tools and resources to help sell the properties once built.”

Tom Anwyl added: “We have a reputation for thoughtful building and for ensuring that the local communities where we build benefit from the investment by using local labour and supply chains.

“We also ensure that sub-contractors working with us buy into our ethos of providing apprenticeships because they are the lifeblood of our industry and mean that we have in future a skilled workforce which can continue to carry put major projects such as these.”