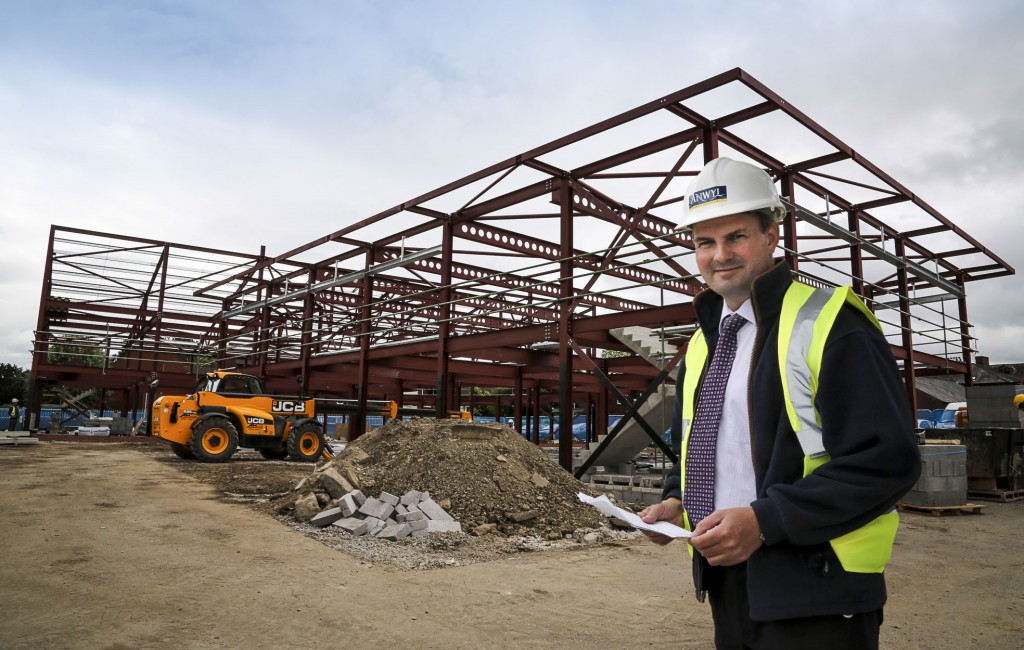 Anwyl Construction will this summer start work on a range of major new works for a string of high profile clients. These include high-end food company Anglesey Sea Salt and leading independent school King’s School, Chester, as well as two of Wales’s biggest social housing providers, Cardiff-based Wales & West Housing and Pennaf, whose headquarters are in St Asaph.

Among the projects which Anwyl, from Rhyl, will be starting will be the new £1.2m production facility and visitor centre for Anglesey Sea Salt on the Menai Straits and a new extension to the junior school at King’s Chester.

“We are delighted to be able to announce that we have secured this work for such prestigious clients and for such major builds. This is important not just for us but also for the building industry and the local economies across North Wales.

“It also demonstrates that here in North Wales we have the skills and proven track record to deliver these kinds of work which in themselves are varied and present different challenges. It also means that we are able to secure jobs, work and apprenticeship opportunities across North Wales.

“We do have a commitment to using local labour and local supply chains and this ensures that the value of these contracts goes to the local community. In any contract approximately 80% of the money goes on wages and with virtually all the workforce recruited locally that means a massive boost to local economies.”

The company is also working on a £15m project to create social housing for Wales & West at two sites in Wrexham – Rivulet Road and Kingsmills Road – where 147 new homes will be provided as well as community facilities.

Ahead of those schemes it held Meet The Contractor events to identify local sub-contractors, and together with Wales & West, plans to repeat that process on future large-scale projects, including the £5.5m plan to build 48 apartments, 38 of them extra care, at Severnside, in Newtown, in Powys.

Elsewhere the company also plans summer starts for a Wales & West project to build 58 houses, at a cost of £5.7m, at Glan y Don, Holywell, as well as a £1m Pennaf scheme for eight houses at Mountain Street, Rhos, Wrexham. Another new project slated to start in July will see a £4m 56-bed dementia centre built at Chirk Court, near Chirk, also for Pennaf.