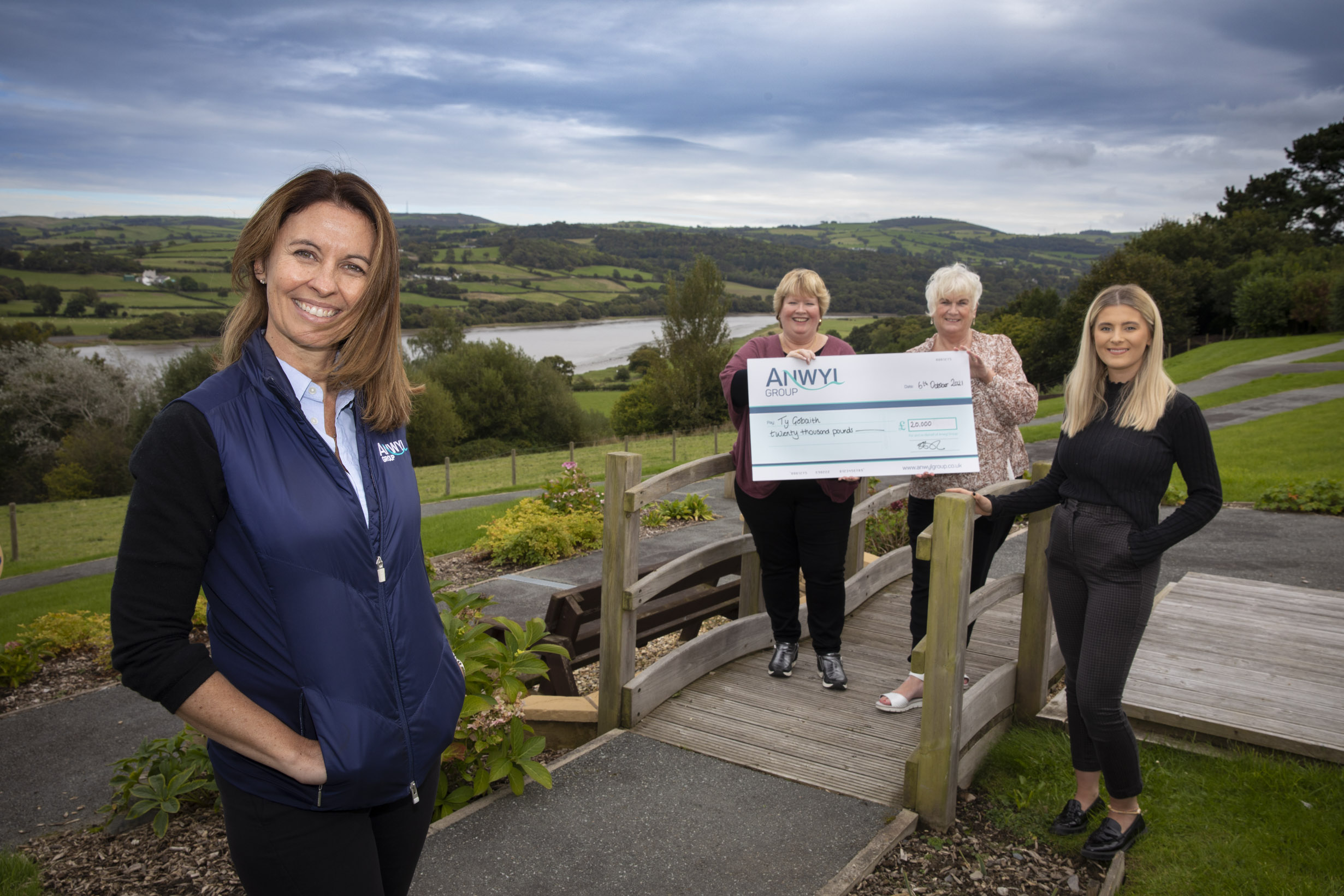 A PLEDGE to donate £90 for every home sold in Anwyl’s 90th anniversary year has seen the homebuilder gift more than £33,000 to four children’s hospices across the North West and North Wales.

Anwyl Homes, which has regional headquarters at St David’s Park, in Ewloe, Flintshire and Buckshaw Village, in Chorley, Lancashire, has shared the charity pot between four children’s hospices in its areas of operation.

Derian House in Chorley and Claire House in Liverpool, each received £6,625, while Hope House and Ty Gobaith, which are based in Oswestry and Conwy, shared £20,000.

In total, Anwyl Homes has donated £35,250 to charity as a result of its 90th anniversary pledge. In addition to the hospice donations, the company gifted £2,000 to the Neumark Foundation to help fund laptops for school pupils during the Covid pandemic.

Derian House looks after 450 babies, children and young people with life limiting illnesses from across Lancashire, South Cumbria and Greater Manchester, helping them to make the very most of the time they have.

“We’re so grateful for the amazingly generous donation by Anwyl Homes to celebrate their 90th anniversary.

“This money could pay to send six families on what could be their final holiday together at one of our holiday lodges, or it could pay for 44 days of nursing care for a child. It will be well used, and we can’t thank Anwyl Homes enough.”

Hope House and Ty Gobaith Children’s Hospices undertake vital work in caring for children and their families in Shropshire, Cheshire, Mid and North Wales with life-threatening conditions. It costs £6.5 million a year to run the hospices and their services. Just one month’s income comes from statutory sources and the charity relies on donations to cover costs for the other 11 months of the year.

Anwyl has a long-standing relationship with the charity having donated more than £130,000 since the hospices were built.

“We are delighted that Anwyl have continued to support Ty Gobaith and Hope House Children’s Hospices once again with our Final Moments Matter Campaign. The last 18 months have been so difficult and to know that we can rely on Anwyl’s ongoing generosity means so much to our life limited babies, children, young adults and their families.”

“We could not think of worthier causes to receive these donations to mark our 90th anniversary. It’s difficult to put into words how vital their care and support is for families in this area who are going through such difficult times.”