Couple make a fresh start in a new home after fire 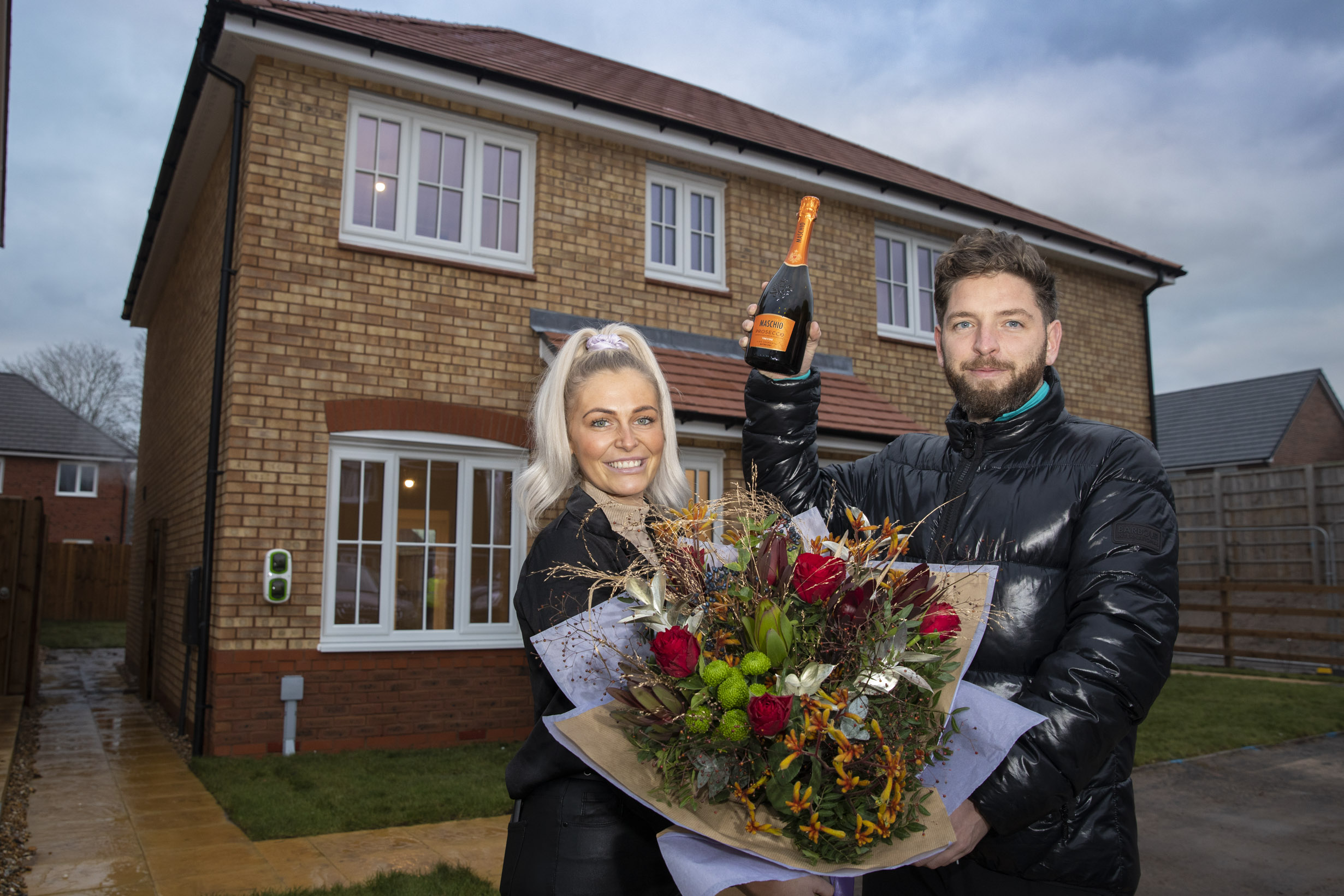 Six months after losing 95% of their possessions after their rented property was ravaged by fire, Dom Johnson and Steph Hatton have moved into a home of their own.

The first time buyers are making a fresh start at Winnington Place, an Anwyl Homes development near Northwich. They’d previously been renting for around four years and had started thinking about buying when disaster struck and their home caught fire while they were out. Neighbours alerted the couple and the emergency services.

After the fire service had been at the house for a few hours they deemed it unsafe and told us all of our possessions were either burnt or damaged,” Dom explained. “It was a bad experience and it took us a while to get over it, but the fire was actually catalyst to speed up our saving and get a home of our own rather than renting.

Thanks to family and friends, the couple found somewhere they could live temporarily before buying their new Anwyl home at Winnington Place. The convenience and peace of mind that a new build offers was a major factor in their choice of home.

We couldn’t fault Anwyl – the whole process has been really smooth. The homes advisors and the site manager have been great. They’ve answered our questions and made us feel like we were in safe hands, Dom said.

We both preferred a new build rather than an older house that we would have had to have work done to it. What set Anwyl apart from other housebuilders was the attention to detail and next level quality and simple things like how the show homes were dressed, their homes didn’t all look the same and they had better options in the kitchen, Dom added.

They purchased a three-bedroom semi-detached Bretton using Help to Buy. Thanks to the Government-backed equity loan scheme, they only needed a 5% deposit and 75% mortgage. The remaining 20% is covered by the equity loan, which is interest free for five years. As the couple have had to start from scratch, Anwyl has gifted them full flooring, a dishwasher, washer/dryer and turfed their garden.

Making the leap from renting to homeownership can be tricky enough, but Dom and Steph have had the added heartache of dealing with the aftermath of a fire. We’re pleased to have been able to help them make a fresh start in a new home at Winnington Place and hope they’ll be very happy living here.