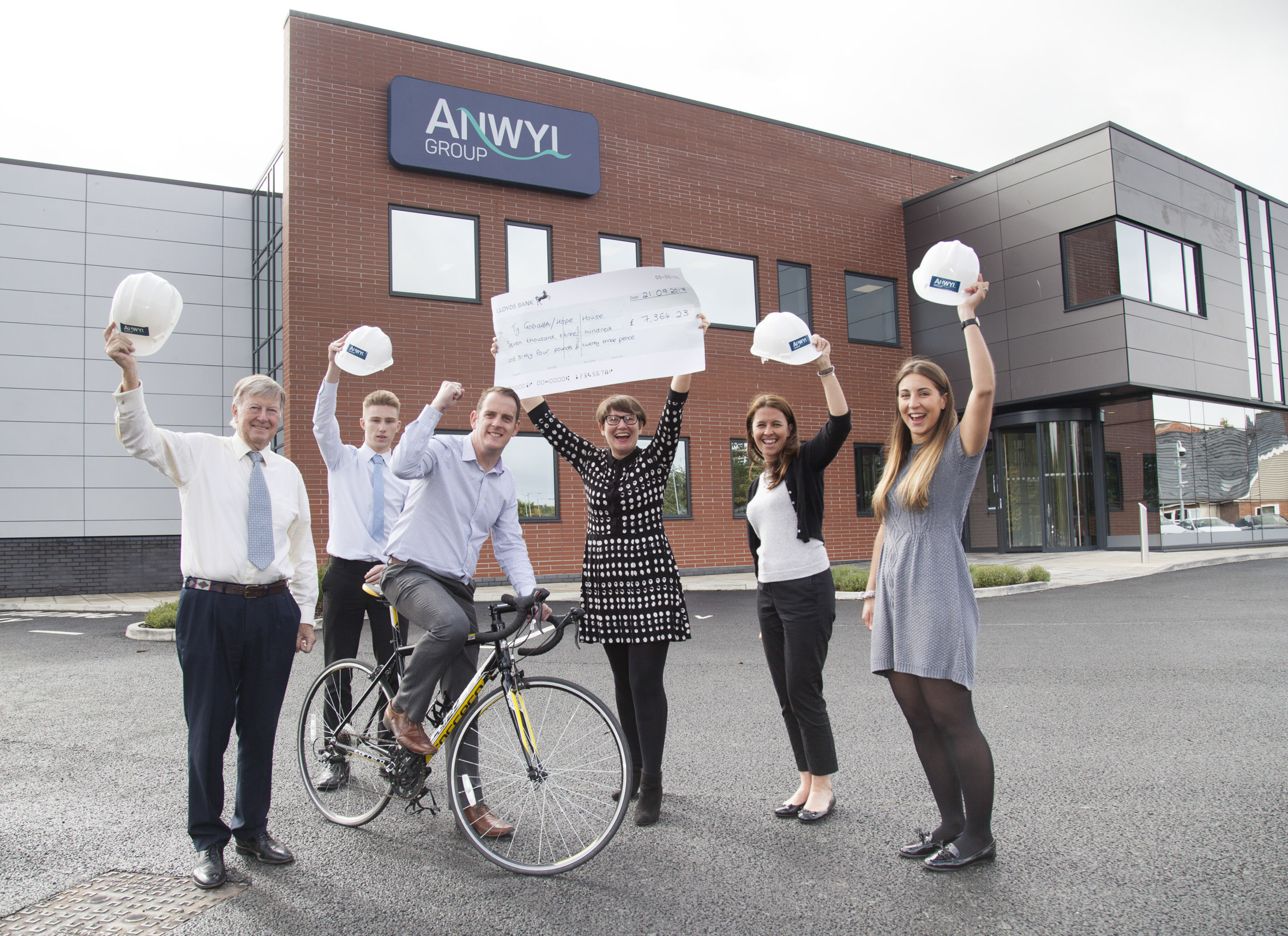 Staff from Deeside based Anwyl Homes raised a staggering £7,364.23 for charity by taking part in the JLL Property Triathlon Relay North.

The money will be donated to the housebuilder’s chosen charity; Hope House Children’s Hospices, which includes Hope House in Oswestry and Ty Gobaith in Conwy.

Not only did Anwyl Homes raise lots of money, they also scored highly in the triathlon. A total of 388 teams participated, with one of Anwyl’s teams coming 11th overall.

“We are so grateful to Anwyl Homes for their generous donation and want to thank the nine individuals who took part in the triathlon for giving up so much of their time to train and compete in the event itself.

Sadly, every week, three local families face their biggest fear and their child dies. We cannot stop children dying but we can stop families suffering on their own.

When they are facing the most devastating loss of their lives we must be there. We must reach every child, mum, dad, sister and brother and to do this we need to raise more money. The money raised by Anwyl will enable us to be there.

The specialist brand of care of the hospices costs £6.3m annually so financial help from local companies and the community is vital.

We have a great partnership with Anwyl Homes who support us on an on-going basis, raising money regularly throughout the year.”

“For many years we have raised money for Hope House and will continue do so, supporting our local children’s hospices.

The triathlon was hugely popular with both family members and employees and I am proud that as a company we were able to enter three teams, and perform well.

To be able to present a cheque for over £7000 to our chosen charity from just one event is an excellent achievement and I personally want to everyone who took part and donated.”