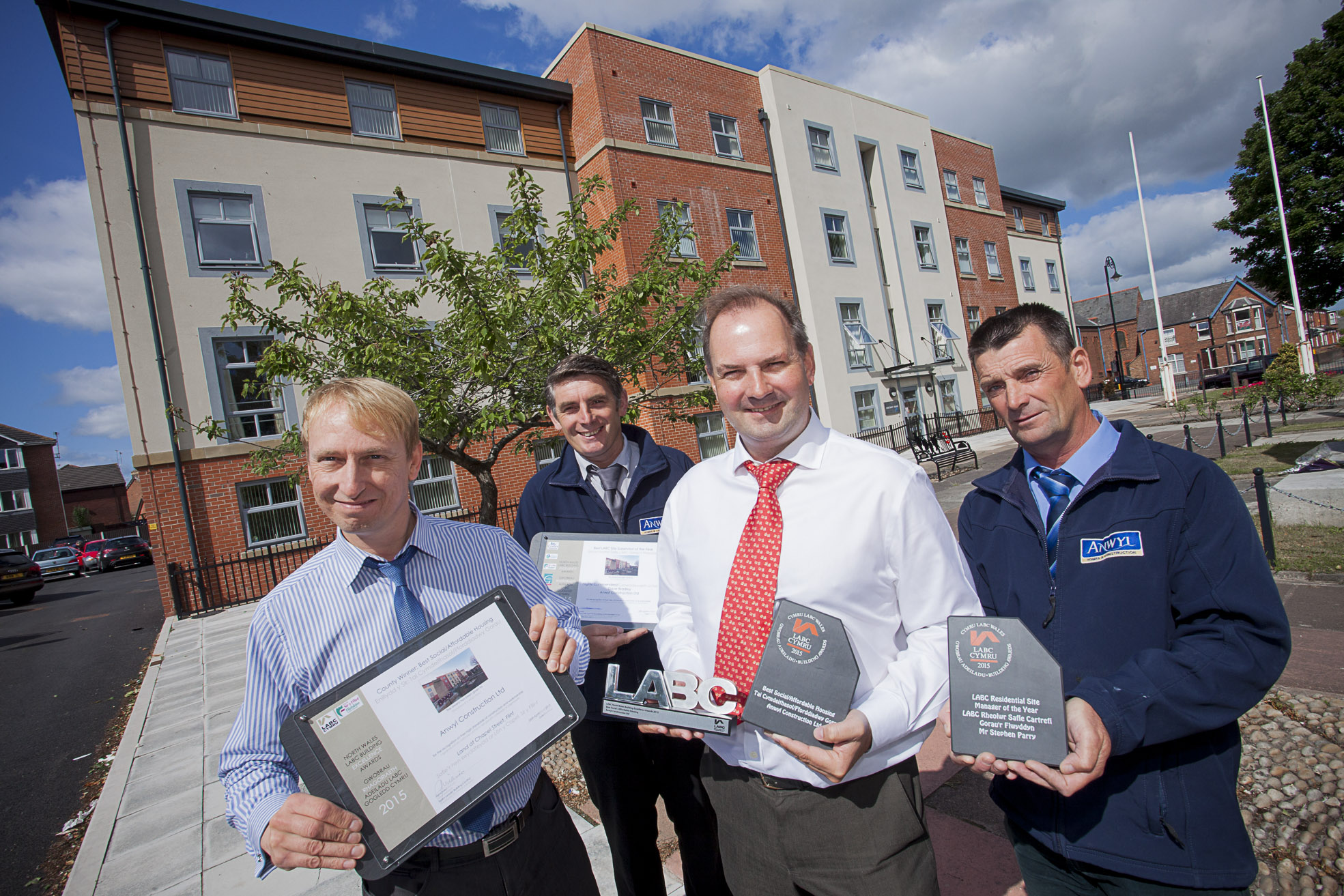 Centenary House, on the site of the former Delyn Council headquarters in the town, has been named Best Social Housing Development at the North Wales Local Authority Building Control Awards.

Anwyl Construction, which is currently building its own new headquarters at Ewloe, redeveloped the site of an office block into a purpose-built block of 33 apartments for over-55s in the heart of the town for social housing giant Wales & West Housing.

“It was a major piece of work at Flint because we had to demolish the old buildings there and there are always challenges when you are on a site in the middle of a town, but it has gone well and we finished nearly eight weeks early.”

“This is a fantastic new development of energy efficient, warm and affordable homes which have provided a much needed boost to the local economy. Our purpose is ‘strong sustainable growth to make a difference to lives, homes and communities’ and I believe that Centenary Square is an excellent demonstration of how we put this purpose into practice.”

Anwyl Construction director Tom Anwyl said the company is naturally delighted to have once again been very successful in the North Wales Building Control Awards.

“We consider them a hugely important accolade and a benchmark for the construction industry in North Wales,”

“It’s always nice to have your work recognised and to have it done by the people whose job it is to oversee all the building work that goes on across North Wales is very satisfying. It’s especially nice for Dave Bradley who has been in charge of various developments and his staff who have worked very hard on this project. He has been with us for many years and we see that continuity as very valuable and at least 20 per cent of our 150-strong workforce actually began with us as apprentices.”
“Our partnership with Wales & West Housing has also been very important as the major developments at Wrexham and Flint and also at Llys Jasmine in Mold, for which we won last year, have enabled us to offer employment and apprenticeship opportunities at a difficult time for the construction industry. They have been about keeping jobs and making sure we had local involvement in the local economy”.

Credit to: The Leader