Girls go miles with a smile for Disney dream 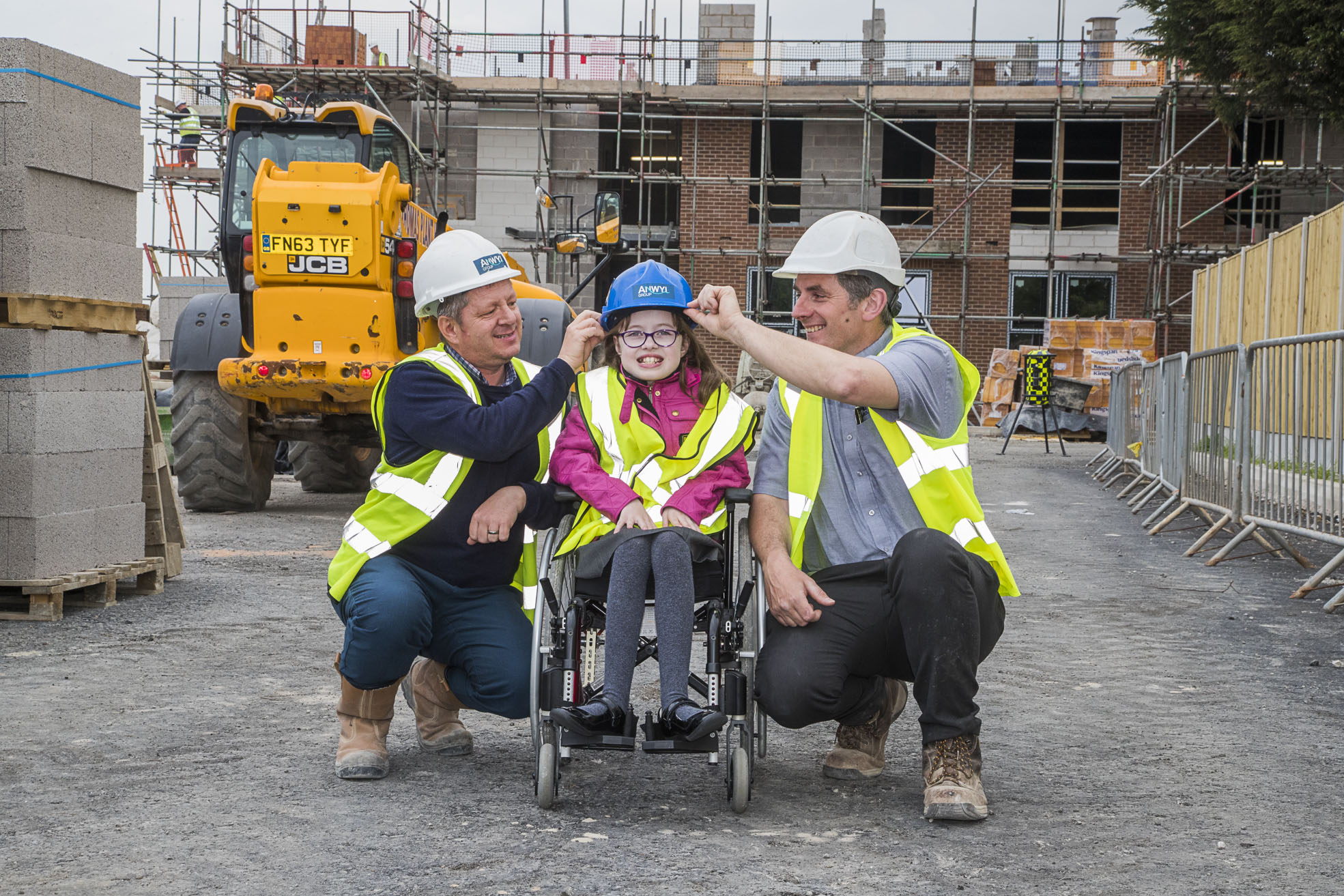 Two brave little girls have raised over £3,000 for a charity that arranges dream trips to Disneyland Paris for disabled and sick children.

Heidi Rogerson, nine, and Evie Davies, seven, who are both wheelchair-bound, took part in a five and a half mile sponsored walk in aid of Miles of Smiles which provides the magical trips.

Heidi, from Garden City, Deeside, and Evie, from Treuddyn, both pupils of Ysgol Pen Coch, Flint, did the walk with friends and family along the Flintshire Coastal Path from the Queensferry Hotel in Garden City and back, starting at 12noon.

The team at Ewloe-based Anwyl Construction were struck by the selflessness of little Heidi who is wheelchair-bound because of a rare genetic condition and other health problems and who actually had to delay the walk by two weeks while she recovered from scarlet fever.

Anwyl Construction Director Tom Anwyl said: “We were contacted about the sponsored walk the girls were doing and we were delighted to help out with a donation.

“They are both very brave and have shown a lot of commitment and kindness to tackle a challenge like this so that other young people can benefit from this very worthwhile charity.”

Heidi was pushed in her wheelchair by her dad, Martin, 47, who said: “A five-mile walk is not easy for Heidi but she was determined to do her bit for the charity as a way of saying a big thank you for the help and support it has given her over the years.

“The walk went very well and the weather was good and Heidi feels that if you can just do something that helps people then it makes you feel good yourself.

“We are very grateful for the donation of £150 from Anwyl Construction and for all the support Heidi has received including from Deeside AM Carl Sargeant.

“She has done a number of charity activities and Miles of Smiles provides trips for children just like her.”

Heidi has cerebral palsy, Beal’s Syndrome, developmental dysplasia of the hip and also has an autistic spectrum disorder but her primary diagnosis is Ehler’s Danlos Syndrome which is a collagen condition that causes severe pain and all her joints to dislocate.

It has meant she is under the care of the orthopaedic team at Alder Hey Hospital and has gone through several major operations since the age of six months old, the most recent a gruelling nine-hour reconstruction of her pelvis which included having both legs broken for the second time and she faces the prospect of more surgery in future.

Heidi has a history of doing her bit for good causes as four years ago she helped raise £1,000 by tackling the Flintshire Coastal Path in aid of a charity supporting children with the cancer condition neuroblastoma and a couple of years ago, aboard her own specially built bike, she and a school friend raised nearly £750 from a sponsored cycle ride.

Miles of Smiles page is at https://www.justgiving.com/milesofsmileschester and for more on the Anwyl Group go to http://www.anwylgroup.co.uk/