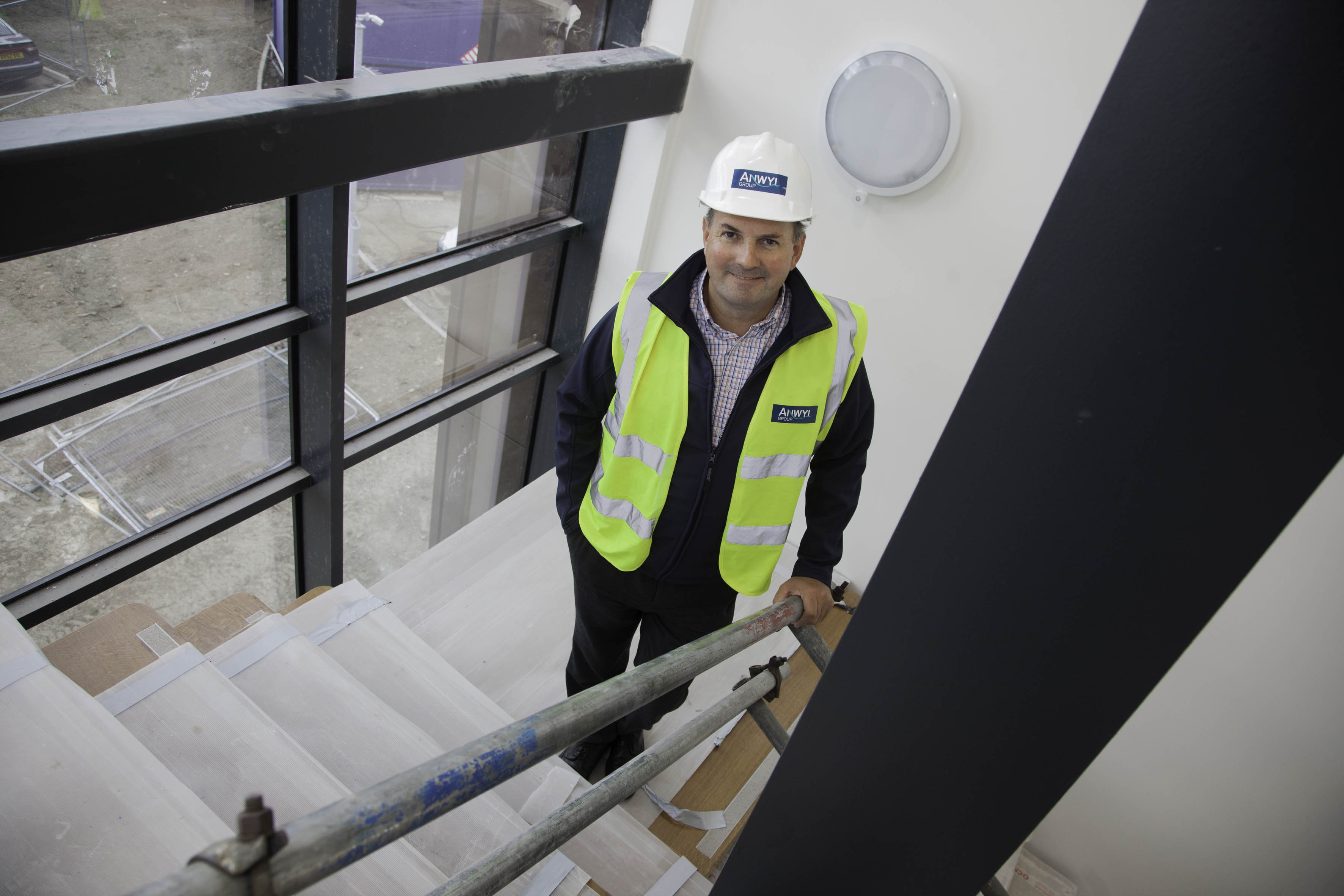 Flintshire-based Anwyl Construction is in the process of finalising designs for a modern 21-floor development, housing 342 spacious apartments on Pall Mall, on the edge of the city centre’s growing commercial district.

The project is earmarked for numbers 30 and 36 Pall Mall, a site which is currently vacant and partially derelict, and previously had planning consent for an 18-story office block which was never built.

A planning application is set to be lodged by Anwyl Construction in the next month, including plans for a mix of plush studio flats, and one, two and three bedroomed apartments.

Residents will get exclusive access to a private tenants’ garden terrace on the first floor, and services from a concierge style reception.

There will be 132 secure cycle spaces, and a split level car park with space for 71 vehicles.

Director Tom Anwyl, who heads up the firm’s Contracts Division, said: “We’re very excited to be involved in the first class project at Pall Mall in Liverpool.

“This is the definition of modern city living. It will provide much needed high quality accommodation in the expanding Liverpool city centre commercial district, and support the redevelopment of the Pall Mall area.”

Anwyl have appointed award winning architects Falconer Chester Hall on the design, and leading city centre agent City Residential, who acquired the site on their behalf, as their residential advisor on the project.

Alan Bevan, Director of City Residential said: “Pall Mall is a vibrant upcoming area including plans for a major new office development nearby at the former Exchange Station site.

“The Anwyl apartments scheme will complement other regeneration within Liverpool’s commercial district, and provide a much needed boost to the private rental sector in the area.

“We’ll be offering a modern solution for those who either struggle to, or do not wish to get on the housing ladder, but still want to live in high-end homes, in a vibrant city location with fantastic transport links.”

The Anwyl development will feature floor to ceiling glass windows, and a brick cladding exterior in keeping with other buildings in the area

The scheme’s eco-elements include green roofs which will collect rainwater to be used inside the building, solar panels, and modern floor-to-ceiling windows to maximise light and cut energy bills.

The plans mean the remaining buildings of 30-32 on the currently derelict Pall Mall site will need to be demolished, and a planning application has been lodged to secure this.

It’s the latest in a new generation of apartments which are revolutionising the rental market with hotel-inspired facilities for renters, said Adam Hall, MD of Falconer Chester Hall (FCH) architects.

The firm’s previous projects in Liverpool include the landmark Beatles-themed Hard Days Night Hotel on North John Street, the Indigo Hotel on Castle Street and the Ibis on Dale Street.

“We have drawn a lot from our experience in the hotel sector with this project to ensure that all the facilities you would expect from a 4-star hotel, are available to residents here.”

“It’s a response to the fact that many people can’t get on the housing ladder, but they don’t want to stay in standard rental accommodation, said Adam.

“This offers the option to rent in a more upmarket facility, which hopefully means people will stay longer rather than renting for a short period and moving on.”

He added: “The location offers easy access to the city centre and also to the motorway network and tunnels, so it’s been important to offer car-parking facilities as well as space for bikes, as well as incorporating key eco-friendly aspects.”

In North Wales, Anwyl, now based at their own purpose-built headquarters at St David’s Park, Ewloe, are also working on the new schemes totalling £25 million, for major social housing providers Pennaf Housing Group and Grwp Cynefin in Flint, Llangefni and Porthmadog.