Helping school students get on their bikes 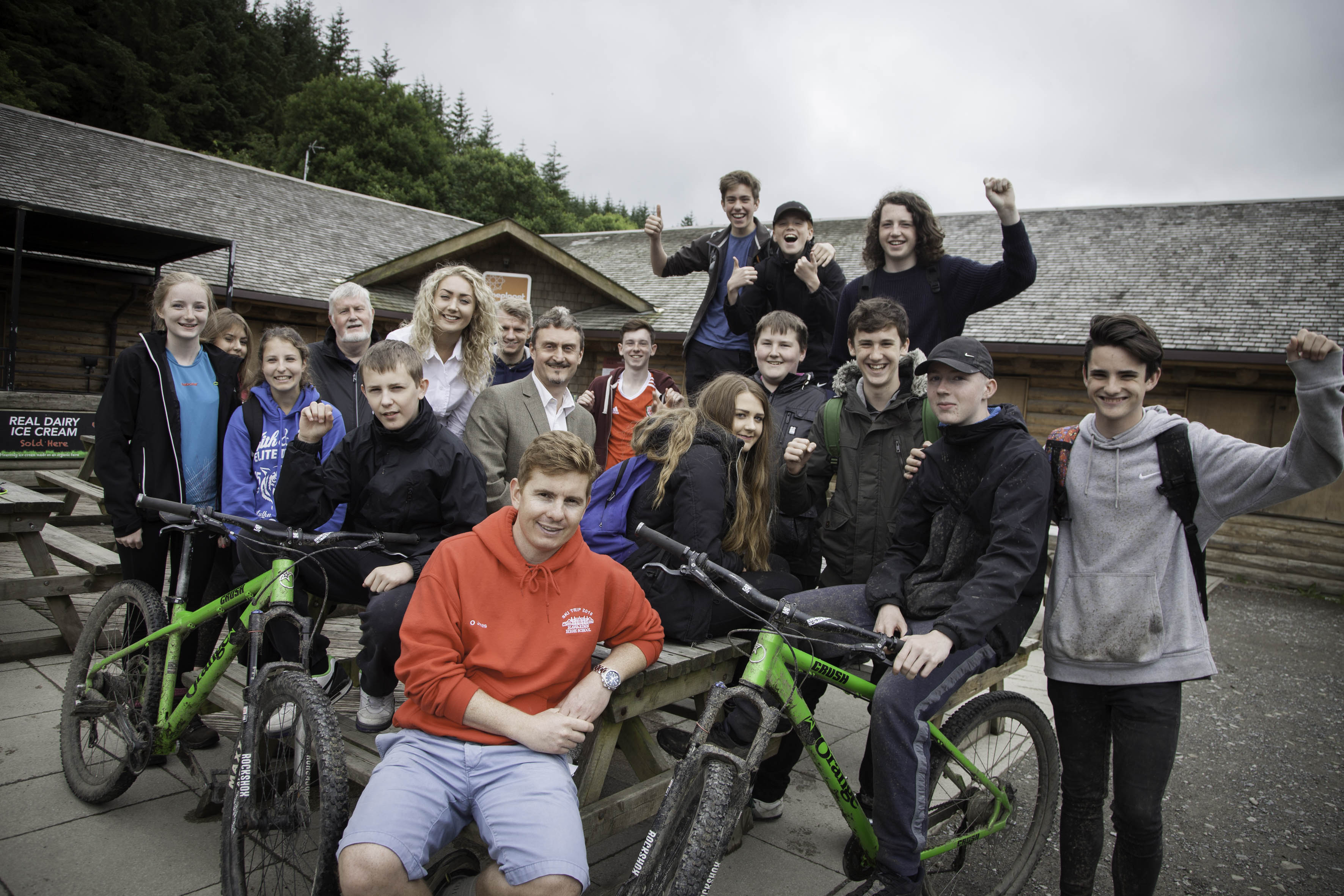 Youngsters from a Flintshire school enjoyed a morning on two wheels at one of the country’s top mountain bike centres thanks to a partnership between two award-winning companies.

Builders Anwyl Construction and leading social housing provider Wales & West Housing teamed up to give Year 10 students from Hawarden High School a fun day out at One Planet Adventure at Llandegla.

Anwyl, based at St David’s Park, Ewloe, are building a new North Wales headquarters for Wales & West Housing next door and the two firms have formed a close relationship with nearby Hawarden High School.

As part of that partnership they asked Year 10 Welsh Baccalaureate students from the school to come up with some ‘green’ transport solutions for the companies and their workforces.

One Planet Adventure opened specially for the students who enjoyed tackling some of the bike trails and the walks through the woods and moorland.

Osian Jones, the school’s Welsh Bacc Co-ordinator, said: “It’s been part of our Welsh Bacc challenge and through our partnership with Anwyl and Wales & West who are both relocating to Ewloe.

“It’s a way of building relationships with local companies and to help them by coming up with ways of reducing congestion which has been a long-standing issue in the area.

“It’s a new course for Year 10 this year but they’ve reacted very well and it’s been superb to have this partnership with Anwyl and Wales & West Housing and the 13 students we’ve brought have had a brilliant time and really enjoyed themselves.”

Shayne Hembrow, Deputy Chief Executive of Wales & West Housing and a keen mountain biker himself, said: “Anwyl are building our new offices and part of our motivation is about creating more sustainable transport options.

“We have a ‘green’ transport plan for our headquarters in Cardiff and we want to develop something similar here and together with Anwyl we came up with the idea of a competition for the school.

“They have come up with some very different and innovative ideas along with some great drawings and designs and the students here today were the winners who came up with ideas that could benefit us.”

Tom Anwyl, Anwyl Construction Director, said: “We like to engage with young people as part of our social commitment and also because it may well inspire some of them to make their careers in construction.

“We have also formed an excellent relationship with Hawarden High School and we were very impressed with the range of ideas and suggestions they came up with.”

Among those who tackled the mountain bike trails was Oliver Westbrook, aged 15, from Hawarden, who said: “It went really well. We done the orange and blue trails and they’ve been good.

David Smith, 15, also from Hawarden, added: “It’s been great. I have ridden mountain bikes before but nothing like this and I’d love to do it again.”