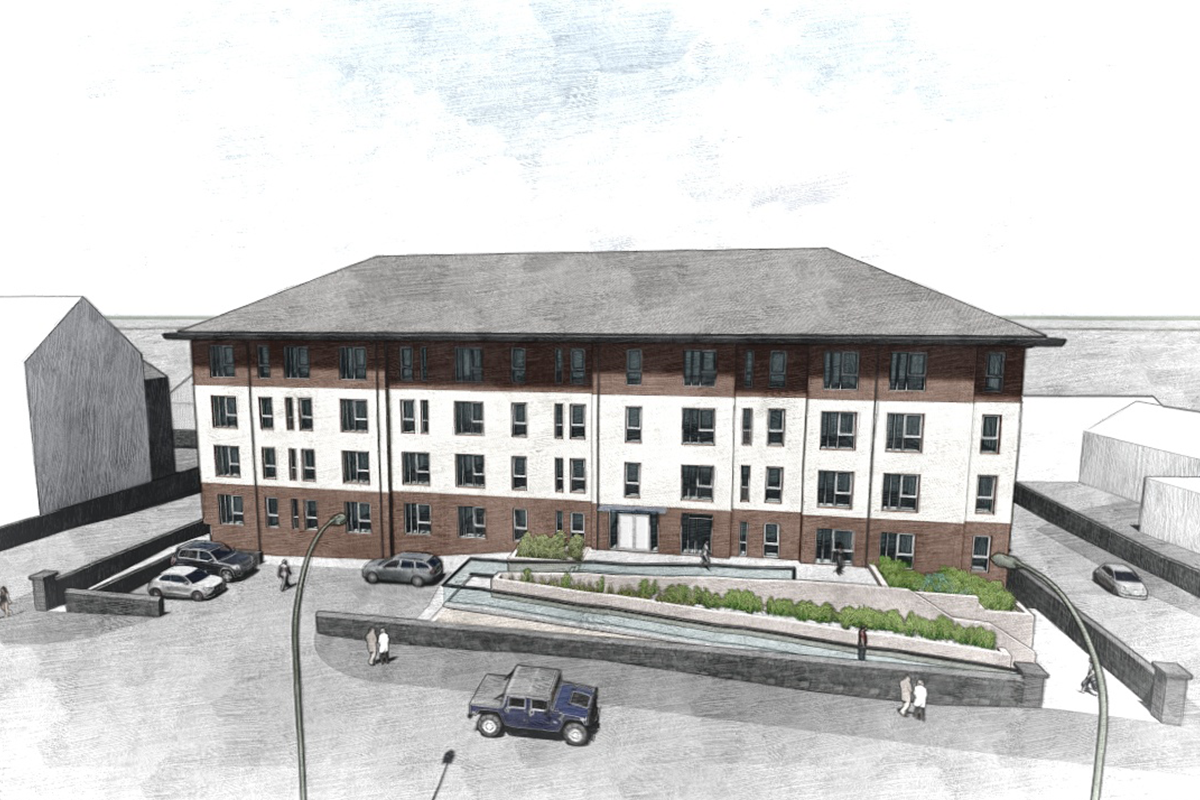 Regeneration works at North Wales coastal town, Rhyl, is given a further boost as redevelopment of the former Grange Hotel site gets underway.

Anwyl Partnerships has been appointed to deliver a new over-55’s housing scheme for Wales & West Housing under a £5.1 million contract. The former Grange Hotel had been destroyed by fire over a decade ago, the site eventually cleared in 2017 having been condemned and left abandoned for a number of years since the damage occurred.

Located in a central position on East Parade, Rhyl, the four-storey single-block scheme includes 41 one and two-bedroom apartments for older people, providing much needed housing for this specific demographic.

The vital regeneration of Rhyl is now very much underway with various private and public sector organisations and businesses driving this forward. The redevelopment of landmark buildings such as the Grange, which are particularly prominent both in terms of location and size, form an integral part of these plans.

Work is now very much underway at the site and we are using our own team as well as local sub-contractors to carry out the works. We will also be working in partnership with Wales & West Housing to achieve specific employability outcomes and conduct a number of community-led initiatives that will enhance the area, leaving a positive lasting legacy. All enabling and groundworks on site are now finalised and construction of the new building’s steel frame is complete. Works are progressing very well.

This is the first project to begin on site under Wales & West Housing’s 10-year Construction framework and is due for completion in January 2021.

The former Grange hotel site has been derelict for some time and we’re proud that Wales & West Housing is bringing such a prominent site on Rhyl’s seafront back into use. We are aiming to build 2500 new homes for Wales over the next five years and this development of 41 apartments will contribute a small amount towards this target – but with a big impact on the local area. There is a severe shortage of affordable housing in Denbighshire and these new apartments will provide much-needed high quality, warm, energy efficient homes for over 55s in the Rhyl area.