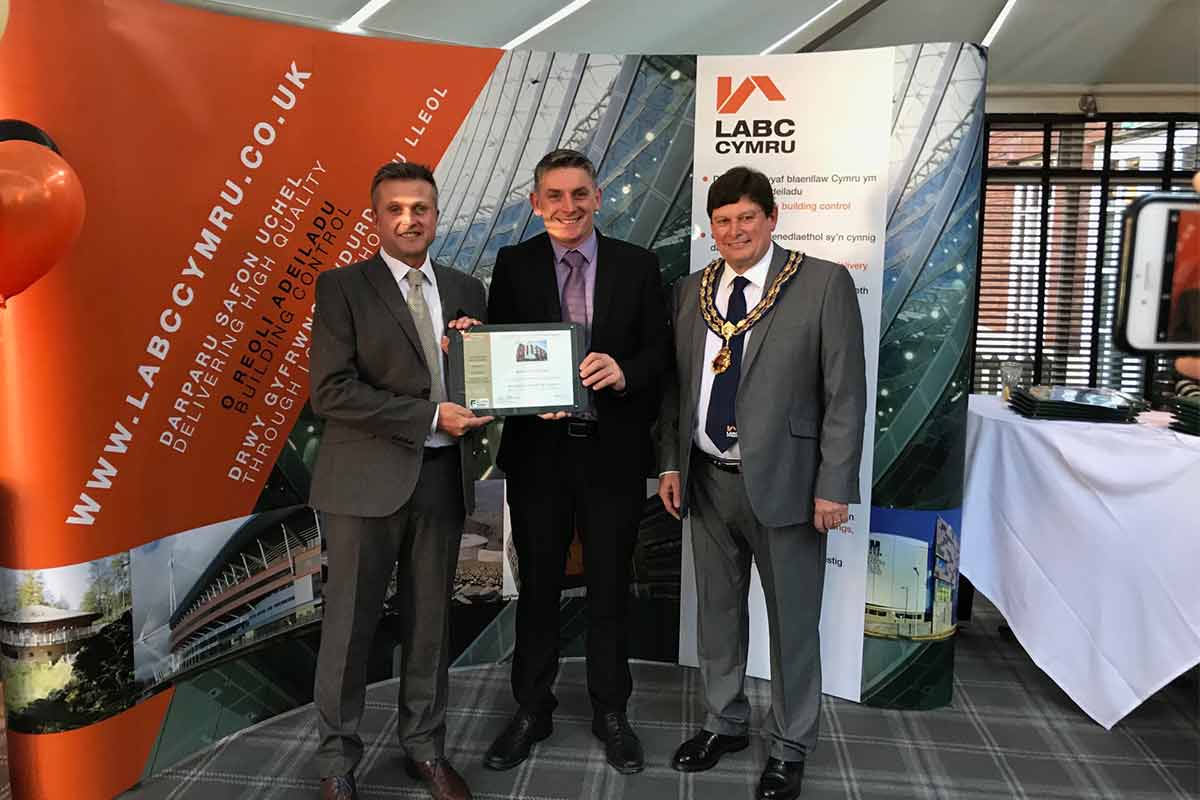 We had a night of success on Friday evening at the Local Authority Building Control (LABC) awards, receiving our two County Awards for Best Social Housing Development in both Flintshire and Denbighshire and being announced as the winners of the Regional North Wales Building Excellence Award for Best Social Housing Development. To top off a great night, Andy Adamson, Site Manager received Highly Commended status for the LABC Warranty Site Manager Award for Llangefni Extra Care development.

Maes Helyg, our £2.4 million development for the Pennaf Housing Group at Welsh Road, Garden City won the County award for Flintshire. The new development is an affordable homes scheme consisting of 6-one bedroom and 15 two-bedroom apartments which was completed in time to house local people for Christmas 2017. As well as being presented with the County Award, the development was also the winner of the Regional award in the Best Social Housing Development category.

The award for Best Social/Affordable Development in Denbighshire was won by our £1.7m Afallon development in Abbey Street in the heart of Rhyl’s West End. The scheme was built for The West Rhyl Housing Co-operative, Wales’s first urban rental housing co-operative, formed by North Wales Housing and West Rhyl Community Land Trust.

Anwyl Site Manager, Andy Adamson was shortlisted for the Warranty Site Manager Award for his site at Llangefni Extra Care. LABC Warranty works with over 3000 sites nationally and are only able to recognise a small number of Site Managers at these awards so we were delighted that Andy received Highly Commended Status recognising his dedication and commitment to delivering a quality site.

“The standard of qualifiers across the board has been exceptional, once again raising the bar for construction standards”.