A local man has been recognised by his employer for 50 years consecutive service, yet still doesn’t have any plans to retire 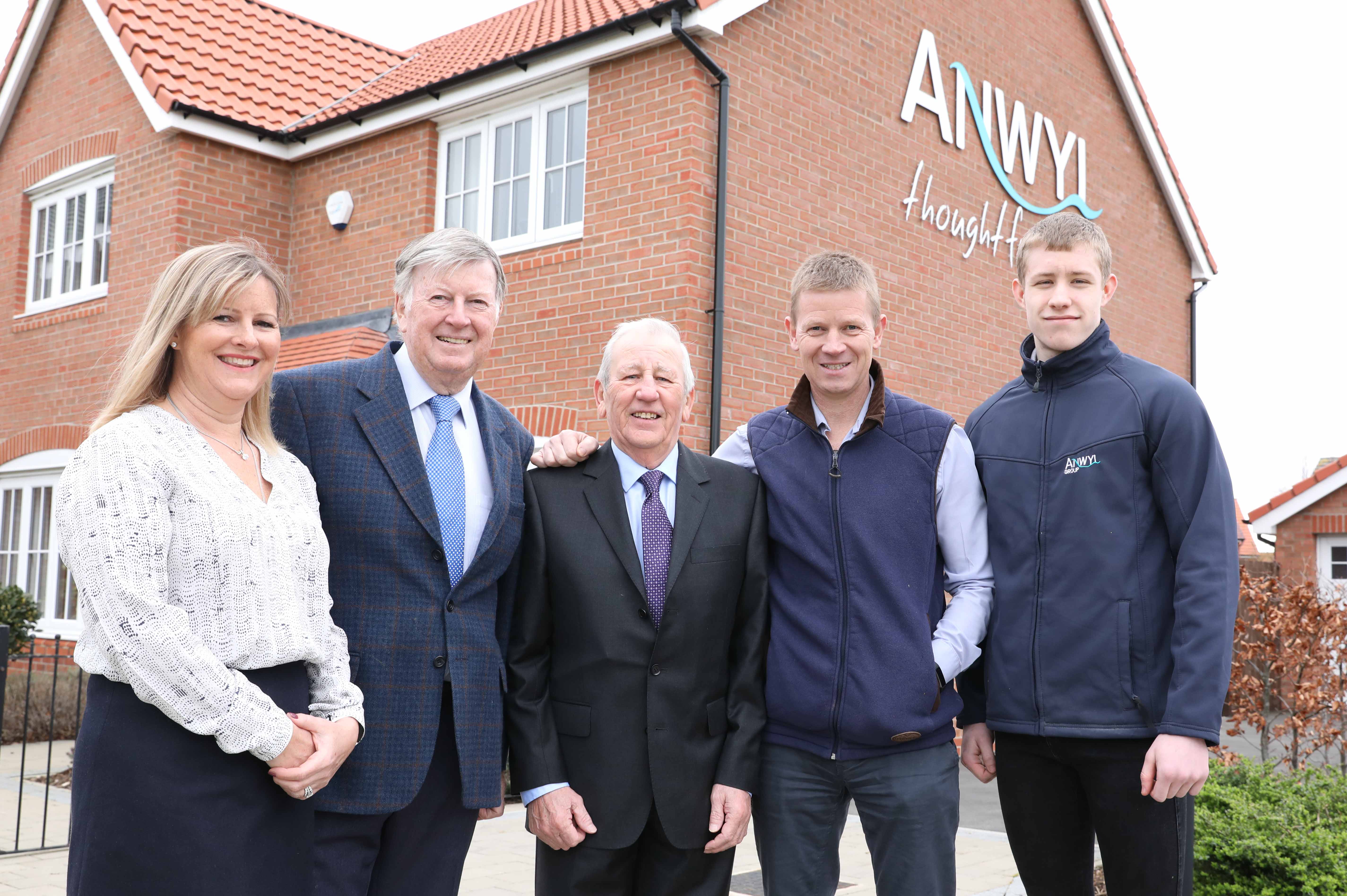 A local man has been recognised by his employer for 50 years consecutive service, yet still doesn’t have any plans to retire.

73-year-old Eddie Jones from Meliden has worked for Flintshire-based Anwyl for just over 50 years and was presented with a watch by chairman Graham Anwyl at a lunch event to celebrate his long service.

Eddie was delighted to join Anwyl Homes in 1968 when he was just 22 years old.  Ambitious and eager to progress, he had spent eight years with Breeze Bros, a small construction company in Prestatyn, which he joined straight from school at the tender age of 14 and where he served his time as a bricklaying apprentice.

Keen to move to a bigger business with good prospects, he jumped at the chance to join Anwyl Homes, initially starting as a bricklayer before moving up to become foreman and finally contracts manager at the company’s joinery workshop in Rhyl, the position that he still holds today.

A family man himself, he enjoyed working for a family business and is proud to have worked with three generations of the Anwyl family; originally working for Thomas Walter Anwyl who founded the company in 1930, then Graham Anwyl who took over in 1988 and now Mathew Anwyl, Tom Anwyl and Lucy Wasdell, Thomas Walter’s grandchildren who joined Graham in the business in the 90s, and are in charge of the company today.

He has seen many changes and worked with many different people over the years, including a number of apprentices who he has helped to nurture within the industry, and has always enjoyed the variety of work at Anwyl, the friendly working environment and culture of fairness, and has never looked to move elsewhere.

Commenting on his 50 years, Eddie said: “I have been fortunate to enjoy a long and fulfilling career with Anwyl Homes, working with the Anwyl family and some truly wonderful and talented people who have become my friends.

“The last 50 years have gone so fast; I can still remember the early days, going out into the fields to set out the new sites and putting in the roads and drainage and being joined by Tom and Mathew during the school holidays. Graham has been a great boss and I am grateful to everyone for the efforts that they have gone to in helping me commemorate my length of service.”

Chairman at Anwyl Homes, Graham Anwyl, was delighted to make the presentation.  He said: “For as long as I can remember, Eddie has very much been part of the Anwyl team and our family business.  I know that he’s not one for any fuss, but we couldn’t let this important milestone go by without celebrating and thanking him for his service.”

Now part-time, Eddie remains based at Anwyl’s joinery workshop on Mona Terrace in Rhyl where he works alongside joinery workshop manager Geraint Hughes overseeing the production of the wooden staircases and other bespoke joinery items for the housebuilding division.

Married for 52 years to Yvonne, Eddie lives in Meliden and has three grown up daughters of whom he is very proud and four grandchildren.  When not working, he enjoys gardening and walking, exploring the beautiful Welsh countryside and coastline close to his home in Rhyl.

“I’ve no plans to retire,” he adds, “There’s still plenty of work in me yet, and I will continue while they need me.”

Established for more than 85 years, Anwyl Group has three divisions; Anwyl Homes, Anwyl Construction and Anwyl Land.  Based in North Wales, and operating across Wales and the North West of England, the family-run business is renowned for its thoughtful approach, bringing care and integrity to all aspects of every project in order to exceed expectations and ensure complete satisfaction for customers.