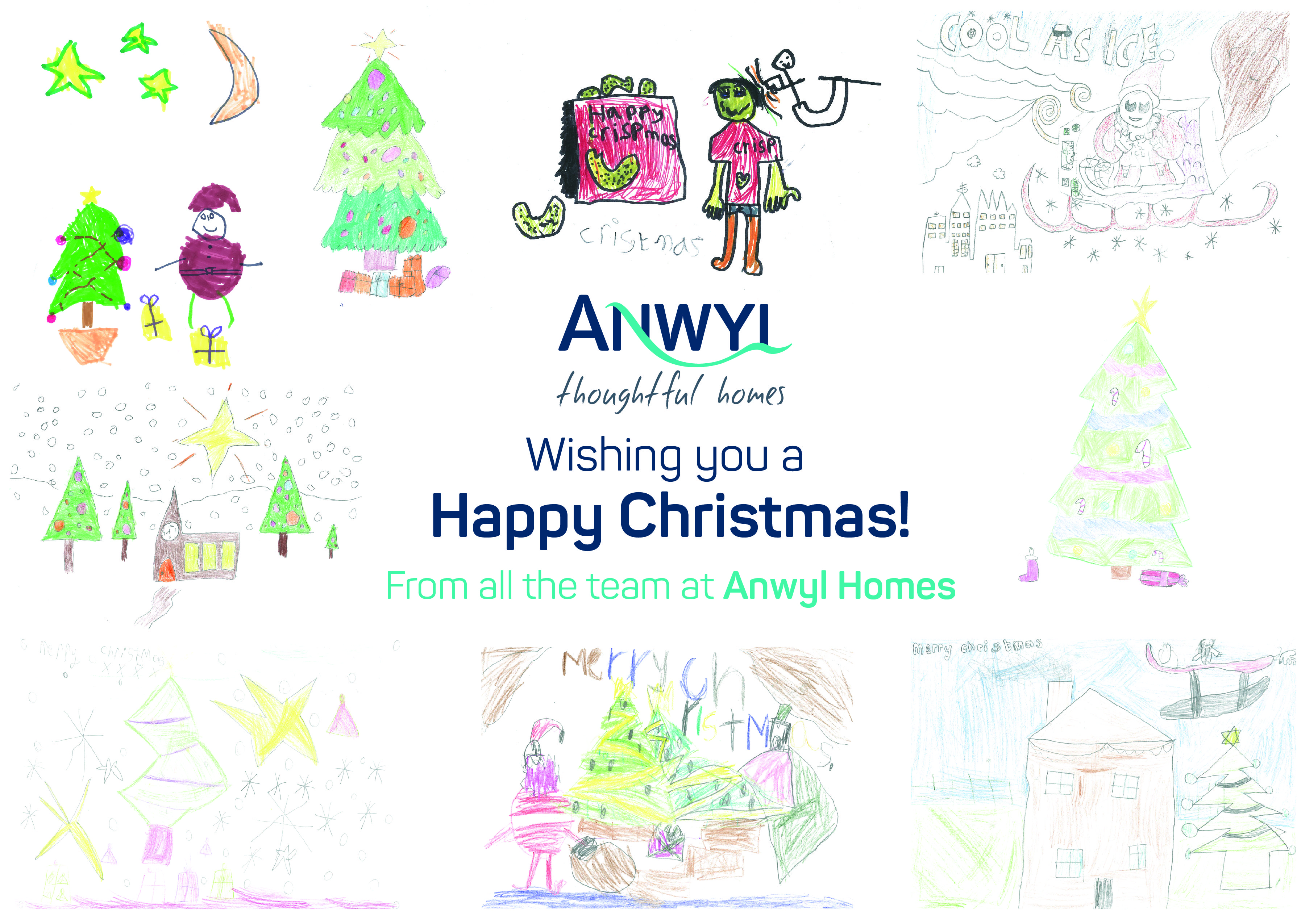 Designs from nine lucky children across North Wales, Cheshire and the North West of England will feature on the Anwyl Homes’ Christmas card this year.

The competition was held by the leading homebuilder who invited children from across North Wales and the North West to draw a festive scene for the chance to have it made up into the official company Christmas greeting.

In return for their efforts, the children received some fantastic Christmas goodies and Anwyl Homes has framed their entries so that they can be proudly displayed at home.

Marketing manager at Anwyl Homes, Claire Anwyl, helped judge the entries.  She said: “Christmas is a magical time, especially for children, and we wanted to invite youngsters from across North Wales and the North West of England to showcase their skills on our Christmas card.

“We were really impressed with the quality and standard of entries which made judging very difficult.  The entries that we’ve chosen are fabulous, and show real creativity and artistic flair.”