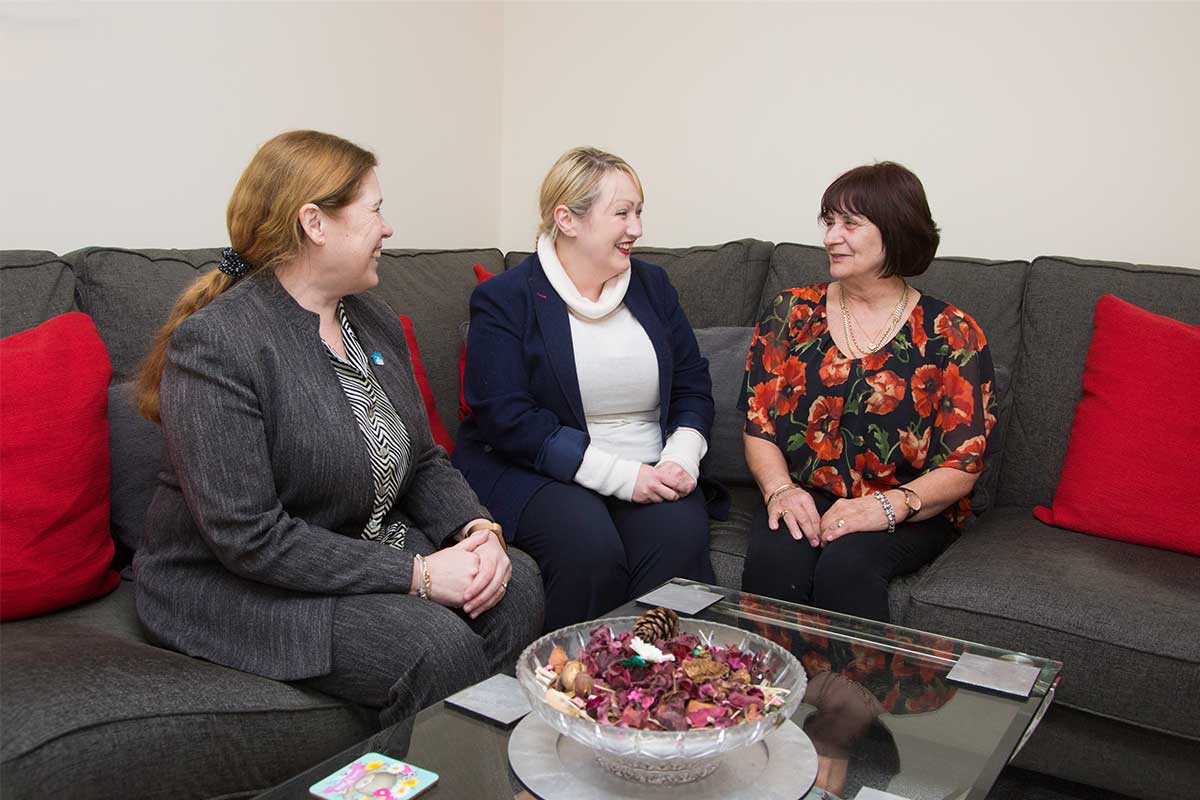 Residents of the £8.2m Tir Glas housing development in Greenfield, which consists of 58 affordable homes, met with Wales’ Minister for Housing and Regeneration as they marked a year since moving in.

“It was fantastic to meet everyone involved in Tir Glas, including the residents who told me how pleased they are with their homes.”

Anne Hinchey, Chief Executive of Wales & West Housing, said: “Tir Glas is a landmark development for us in the region and built upon the same vision that we had for all of our existing homes in North Wales.

“We are committed to providing affordable housing to areas which are in most need and worked in partnership with the Welsh Government, Flintshire County Council and Anwyl Construction to deliver the scheme.

“It’s vital that we do so sustainably and 94% of spend on the project was with businesses in Wales, delivering significant economic benefits and creating employment opportunities.

“Many of the residents at Tir Glas have lived on the estate since it opened and we’re delighted that Rebecca took time out to meet some of them.”

Anwyl Construction Director Tom Anwyl said: “It is always a pleasure to see a site which we have developed completed successfully with families moving into their new homes.

“Tir Glas is the latest partnership between us and Wales & West Housing for whom we have worked over several years and on a number of major projects.

“Their commitment to building new homes in North Wales gave a lifeline to the construction industry in the area and together we have won awards for several of their developments.

“That partnership has enabled us and our sub-contractors to provide apprenticeships across a range of skills and establish local supply chains so that the communities where we operate benefit from these important contracts.”