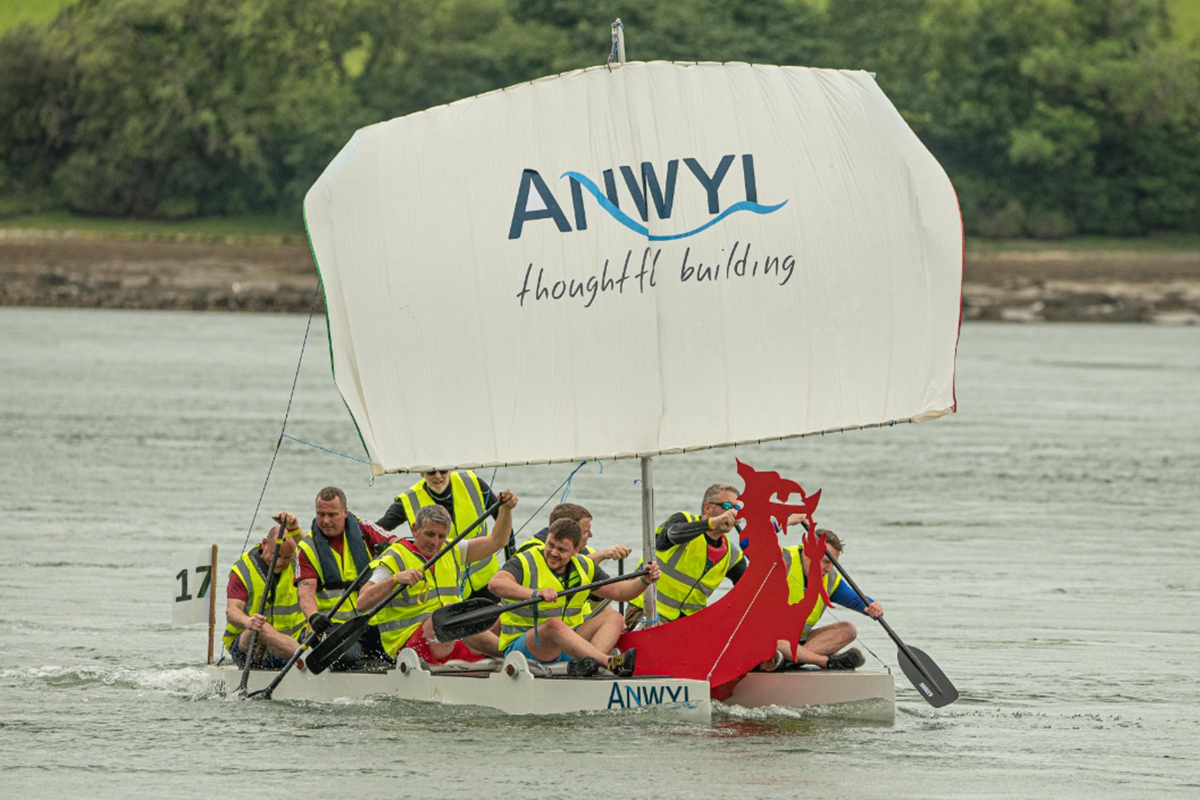 Anwyl’s Construction team have taken to the water and proved their skills go far beyond just the construction site, after a fantastic debut in the Great Straight Raft Run.

The Anwyl Group team had great fun building their raft for event – which they appropriately named ‘Anwyl They Make It?’

Not only did the team make it from the start at Y Felinheli to the finish line at the Menai Bridge, but they also finished third out of 40 teams all to raise money for Ty Gobaith Children’s Hospice!

Captain Tim Main had taken part in previous years as part of other teams and thought it would be a brilliant way to build team spirit at Anwyl. He was joined by shipmates Geraint Hughes, Richard Roberts, Dave Bradley, Ed Wild, Dave Jones, Sam Oliver and Jack Donald.

This was the first time we entered a team into the Raft Run and we were very excited to be part of it,

The iconic venue and magnificent bridges that the team passed under during the race were what make this event like no other.

It was also a fantastic opportunity for our joinery apprentices to research the design of a raft and demonstrate their initiative and skills building it. We hope we’ve also raised a lot of money for Ty Gobaith Hope House, a charity very close to our hearts which we’re proud to have been supporting for over 20 years.

The team raised a total of £1240 for Ty Gobaith Children’s Hospice, a charity which supports terminally ill children and their families. The team have been generously  supported by many of their suppliers, subcontractors and friends. The raft showcased it’s name using specially designed signage, developed by Astra Signs which they kindly donated.