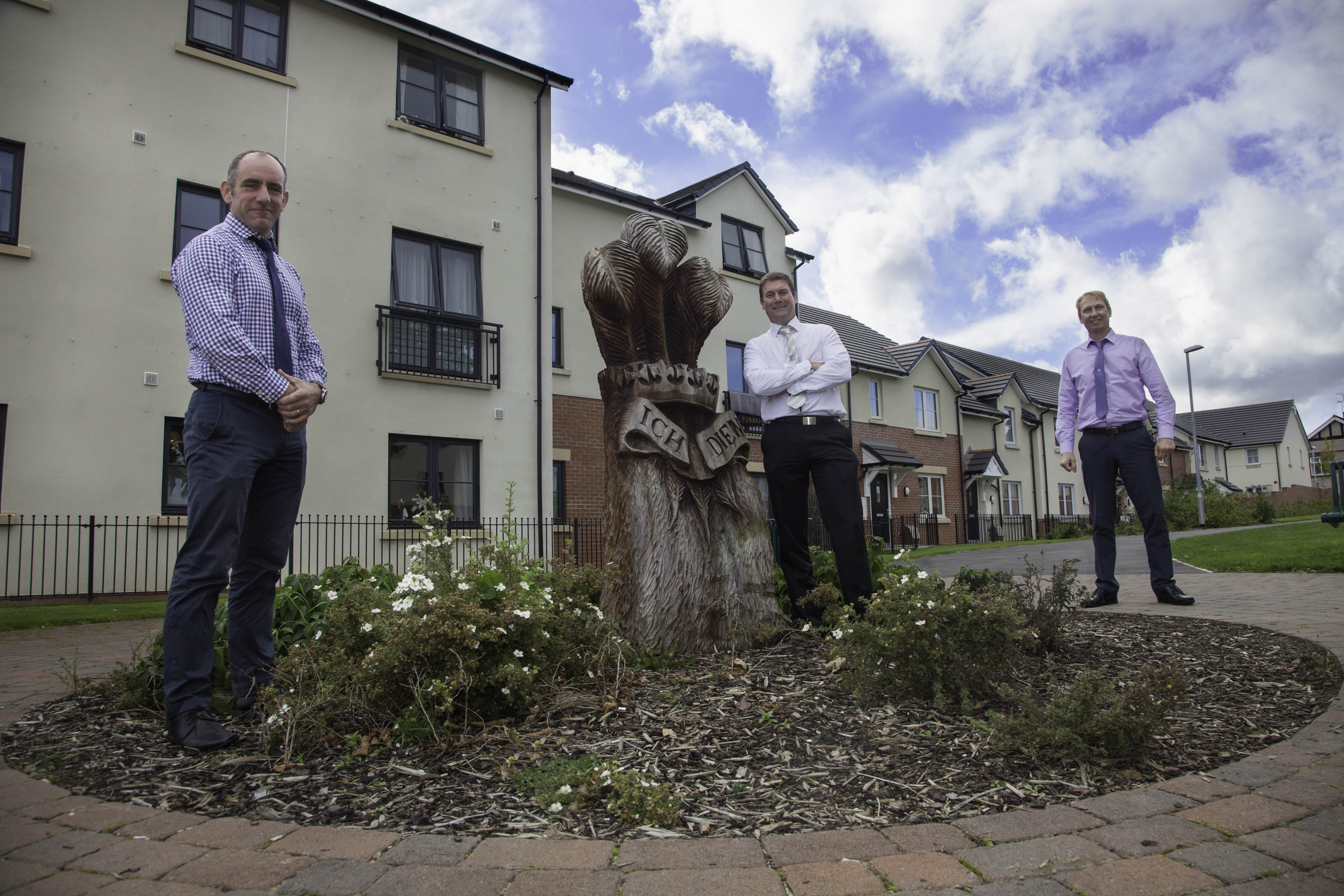 A £17.9 million social housing project in Wrexham is in the running for two major national building awards.

Top builders Anwyl Construction have built 147 new homes for social housing leader Wales & West Housing on two sites in the town and the project has been short-listed for the Best Affordable Housing Scheme of the Year by housing magazine 24Housing.

The flagship scheme has also been shortlisted for Inside Housing’s Top 60 Development Awards and has already been recognised as Best New Affordable Housing Scheme in this year’s Housing Excellence Awards, and Best Community Initiative in Housebuilder UK’s awards.

Ewloe-based Anwyl built the new homes, including a five-storey block of 20 apartments, and a new Community Resource Centre and Medical Facility on two sites at Kingsmills Road and Rivulet Road in the town.

The award-winners will be announced for both awards in October.

The acclaimed scheme has already won another top national accolade as Best Community Initiative in Housebuilder UK’s awards and Anwyl Construction Director Tom Anwyl said: “We are delighted that this scheme is in the running for yet another prestigious award.

“Kingsmills Road and Rivulet Road have been highly regarded as housing projects and are now fulfilling their roles as providers of high quality affordable accommodation in North Wales’s biggest town.

“We have worked with Wales & West Housing and with Wrexham County Borough Council to ensure that the development has benefited the local community.

“We held Meet The Buyer events so that local sub-contractors were involved in the work to the extent that 90 per cent of the workforce were from within 10 miles of Wrexham.

“In turn 80 per cent of the contract costs will have gone on wages so that means a £12 million boost to the local economy and in addition the project has created 16 apprenticeships, 18 work experience opportunities, 11 new employees and one new sub-contractor.

“As a North Wales company it is important to us that the local economy benefits from major projects like the Kingsmills and Rivulet sites and that they create the opportunities for local jobs and apprenticeships and we are very proud of the fact that 20 per cent of our own 150-strong workforce began their careers with us as apprentices.”

Anne Hinchey, Chief Executive of Wales & West Housing, said: “We’re delighted that Kingsmills Road and Rivulet Road have been nominated for both awards.

“Wrexham needed more quality affordable housing and our residents have settled in well there. It is also great news for Anwyl with whom we have developed an excellent relationship.”

Wrexham Council’s Lead Member for Housing, Cllr Ian Roberts, said: “It’s great to see that these new homes have been created thanks to a successful partnership between Anwyl Construction, Wales & West Housing and Wrexham Council.

“Developing affordable housing plays a major role in tackling the national issue of housing shortage and I think the award nominations and the positive response this scheme has generated shows that Wrexham has taken some huge steps in the right direction.

“The jobs and apprenticeships the scheme has created are also great news for our local economy.”

They are also currently working together on a scheme to build an £8 million extra care scheme in Newtown, in Mid Wales, and a £7.8 million 58-unit site at Greenfield, Holywell.