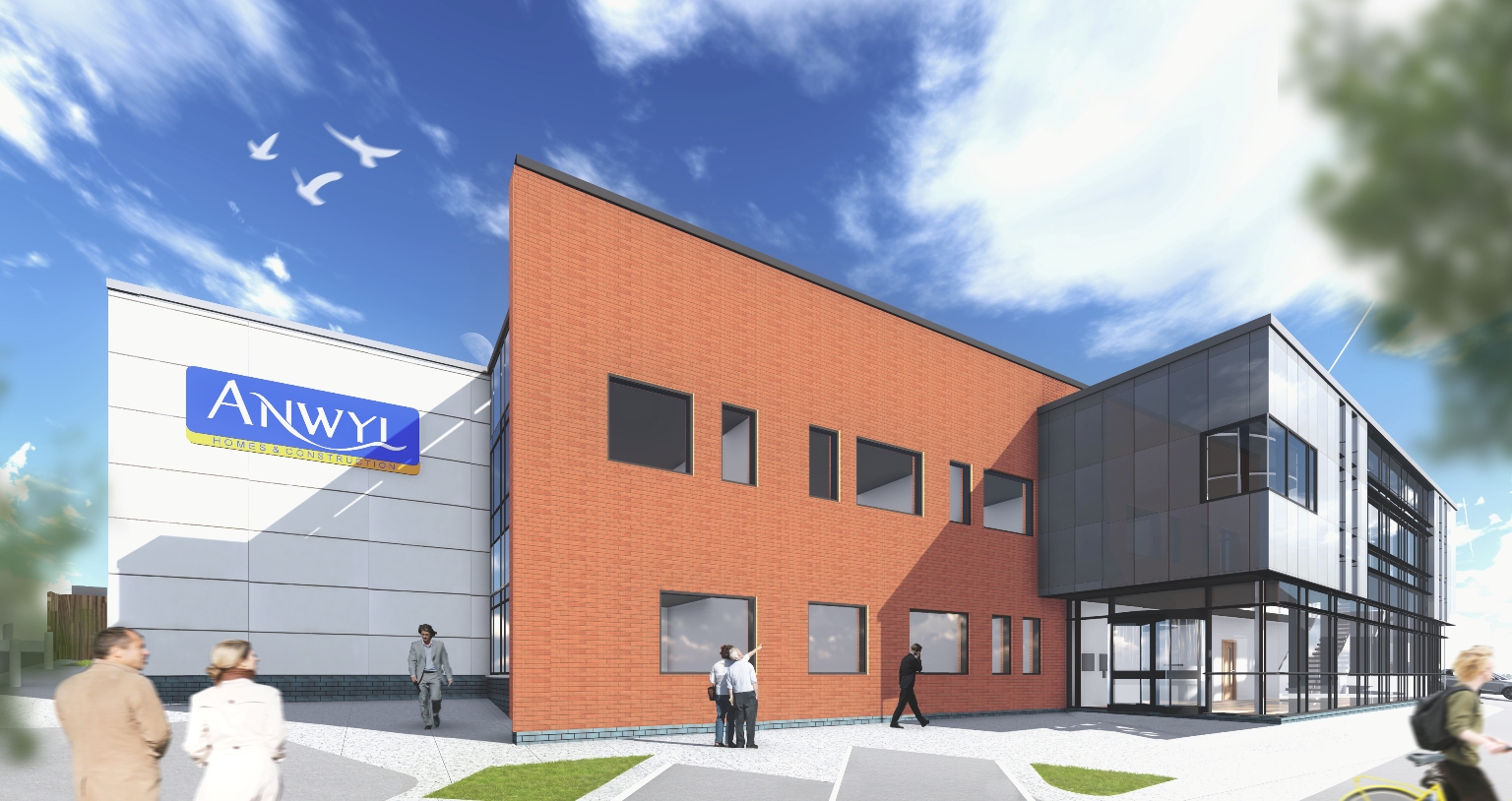 Award-winning North Wales builder Anwyl Construction has unveiled plans for its £2 million new headquarters just off the A55 in Flintshire.

The family company, which employs 150 staff and this year celebrates its 85th anniversary, will start work this month on the site of its new base at Ewloe. It will mean leaving its long-term home in Mona Terrace, Rhyl, but they plan to retain their specialist joinery workshop there which still makes many of the doors, windows, staircases and reception counters for its house building and contracts divisions.

“It is a wrench to leave Rhyl which is where my grandfather founded the firm in 1930 but we will maintain an important presence in the town with our bespoke joinery workshop. It will continue to make bespoke and specialised joinery products and play its part in training up the next generation of apprentices, but the company has outgrown the site and we need somewhere close to the A55. We’re very pleased that all but two of the current headquarters staff are coming with us to Ewloe. Both have found new employment with some of our suppliers.”

The company’s new 15,000 square foot headquarters will have car parking space for 65 and is just yards from the A55.

Work on it is expected to start this month and be completed within 12 months with a planned transfer of staff in Spring 2016.

“We began as wheelwrights and moved into joinery and from there into construction and in the last 30 years we have become the largest private house builder in North Wales. We build up to 250 houses a year and currently are working on sites across North Wales, including major developments at Croes Atti, near Flint, where there is planning permission for 600 new homes.

“At the same time our contracts division last year secured over £20 million in new work for prestigious clients such as Wales & West Housing, King’s School, Chester, Village Bakery and Halen Mon Anglesey SeaSalt. It means we have outgrown the current premises and it’s in our interests and those of our neighbours that we should move.”